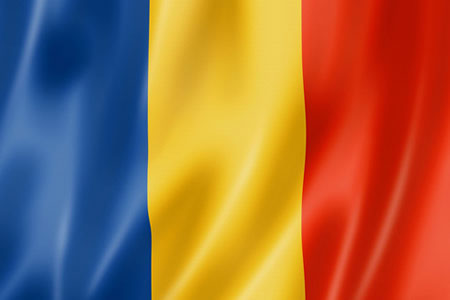 We are experts in English - Romanian translation


Good reasons to choose Cosmolingo as your translation agency.

Our interest is to provide high quality professional services to ensure that our clients are fully satisfied and come back to Cosmolingo, because the hardest thing is to retain a client. We realize that every job should be done as if it were a translation for ourselves in order to ensure that the quality is always the best. English - Romanian translations.

We do English - Romanian translations of the most diverse characteristics. We can assure you that our translation team is always in continuous training in order to provide the most suitable products and services.

We try to suit your budget at far as possible. Contact us!


Romanian is the only official language of Romania and has the same status in the Serbian province of Vojvodina and in Moldova, although the official authorities use the term «Moldovan» for political reasons.

It is one of the Romance languages of the Indo-European family; in other words, it is a derivation of Latin: it is not just a coincidence that Romania means «land of Romans». However, because of the geographical isolation, the historical evolution of Romanian has certain differences with regard to the rest, such as the absence of lexicon of Romanianic origin and the notable influence of Slavic languages. At all events, in overall terms, it is the fifth most widespread Romance language, after Spanish, Portuguese, French and Italian, with nearly 30 million speakers. Most of the latter live in Romania, but in recent decades the large waves of migration have spread the language all over the world. One of the largest Romanian speaking communities, for example, is in Spain, where nearly one million Romanians have settled, representing the largest group of foreigners in our country. What are the reasons? Analysts speak of cultural and linguistic affinities and affirm that Romanian is very similar to our language, up to 70% in fact. There are also significant populations in Italy and Israel.

These migrations, of course, are largely due to the terrible economic difficulties faced by the country, which, along with Albania, is one of the poorest in Europe, although the forecasts of the World Bank talk about the largest economic growth in the European Union for 2012. If the forecasts are right, one of the deciding factors will have been the boom in tourism in recent years, especially in the legendary region of Transylvania. It will be the culmination of a process of economic and political opening that started with the end of the Ceausescu dictatorship in 1989.